Following the huge success of the Stadium Spectacular earlier in the year, Kirklees Local TV have released the following video to celebrate it’s success.

The Stadium Spectacular saw thousands of Kirklees children take part in a musical extravaganza in a triple celebration to mark the Olympic Games, the Queen’s Diamond Jubilee and 20 years of service to the community from Kirklees Music School.

The concert started with an Olympic style opening ceremony with musicians parading and delegates from each school carrying their school banner and Olympic Flames. Over 1,000 musicians performed during the event and were accompanied by a group around the pitch. A choir of 4,000 were also in the stands with participants ranging from Infant to High School age.

This event coincided with when the Olympic Flame came to Huddersfield, Dewsbury and Batley. 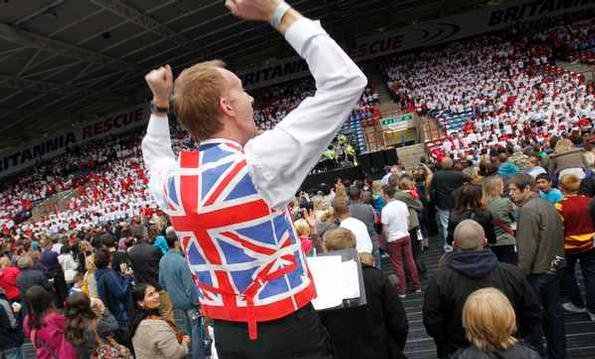