A major leisure destination in the north, the John Smith’s Stadium is located just outside the centre of Huddersfield in West Yorkshire close to the M62.

The 24,500-seater stadium has an impressive Business and Conference Centre and plans are in place for a retail café operation at the stadium.

Jeremy Dicks, divisional director for Sodexo Prestige, Sodexo’s Sports, Leisure & Travel division, said: “This is an exciting new partnership enabling us to build on our existing stadia portfolio in the North. We look forward to using our wealth of experience in sports stadia catering and hospitality as well as sales of conference and events space to the benefit of the John Smith’s stadium.”

Gareth Davies, managing director of Kirklees Stadium Development Ltd, which manages the stadium, said: “The KSDL Board has been considering the future development of catering at the John Smith’s Stadium for some time. All parties on the Board agreed the need for change and I am therefore very pleased to welcome Sodexo as our new catering partner. They are a large and very experienced group. What has also been very apparent from our discussions is their great enthusiasm to work with all of the stadium partners, individually and collectively, to achieve excellence in all aspects of catering at the stadium.”

Nigel Clibbens, chief executive, Huddersfield Town FC, said:  “Catering is a vitally important part of the supporter experience on a matchday and also at club events. We look forward to working together with Sodexo in a new way that will bring real improvements and be beneficial for everyone.’”

Richard Thewlis, managing director, Huddersfield Giants, said:  “Sodexo is a very impressive company with enormous experience. We look forward to working closely with them to develop our supporter experience.” 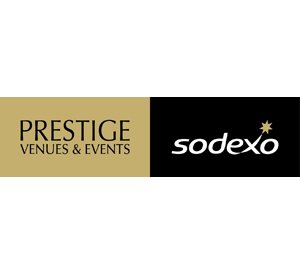