The Rugby League World Cup 2013 Trophy will be on show for all to see as it comes to Kirklees as part of its tour around the country as fans of rugby league and new supporters of the sport get the chance to take photographs of themselves with one of the sport’s most prestigious pieces of silverware.

Following its return from New Zealand, the Trophy is travelling around the host nations giving people the chance to see the magnificent trophy in the build up to the international tournament later in the year.

The Rugby League World Cup organisers have selected Kirklees to adopt Ireland for the tournament and the Trophy will be on display in St George’s Square in Huddersfield on Sunday 10 March from 1.30- 3.30pm, the day of the St Patrick’s Day Parade, giving supporters the chance to find out more about the World Cup ahead of the Rugby League World Cup fixture at the John Smith’s Stadium when England play Ireland on 2 November.

The Trophy will then take pride of place at the John Smith’s Stadium for the Huddersfield Giants versus Hull FC game on Saturday 16 March, kick off 5.45pm. Supporters will be able have their photo taken with the famous trophy in the Community Zone from 4.45pm.

Giants Marketing & Media Manager James Brammer said: “We are delighted to welcome the Rugby League World Cup to the Giants v Hull FC match, a game we have designated as our World Cup fixture. Supporters will have the opportunity to have their photos taken with the Trophy, meet the World Cup mascot Grubber and win tickets for the England versus Ireland game in November. We will also be celebrating the launch of the Women’s World Cup and with several girl curtain raiser games taking place pre-match, it should all contribute to a terrific event. “

Batley Bulldogs will be hosting the Trophy at the Loverugbyleague.com stadium on Monday 18 March. During the day children from the local schools of Batley are coming to the stadium for  rugby league and multi-skills activity sessions as they take part in Mission: Active Kirklees – part of Kirklees Council’s programme of activities to support rugby league in the year of the Rugby League World Cup. They will have the chance to see the trophy up close and have their picture taken with this piece of world famous silverware. Supporters of the game and those interested are invited to drop in at the stadium, which is the home of Batley Bulldogs, between 5 and 7pm and take advantage of this unique opportunity to see the Trophy for themselves. In the evening the club will be running a coaching workshop for the rugby league coaches of Kirklees and the surrounding areas.

Kirklees is hosting fixtures in the Women’s, Student and Police World Cups at the LoveRugbyLeague.com Stadium in Batley and the Tetley’s Stadium in Dewsbury as part of the Festival of World Cups in July.

For more details about the Rugby League World Cup 2013 events and ticket offers visit www.kirklees.gov.uk/RLWC2013 or follow us on twitter at #kirkleesrlwc2013. 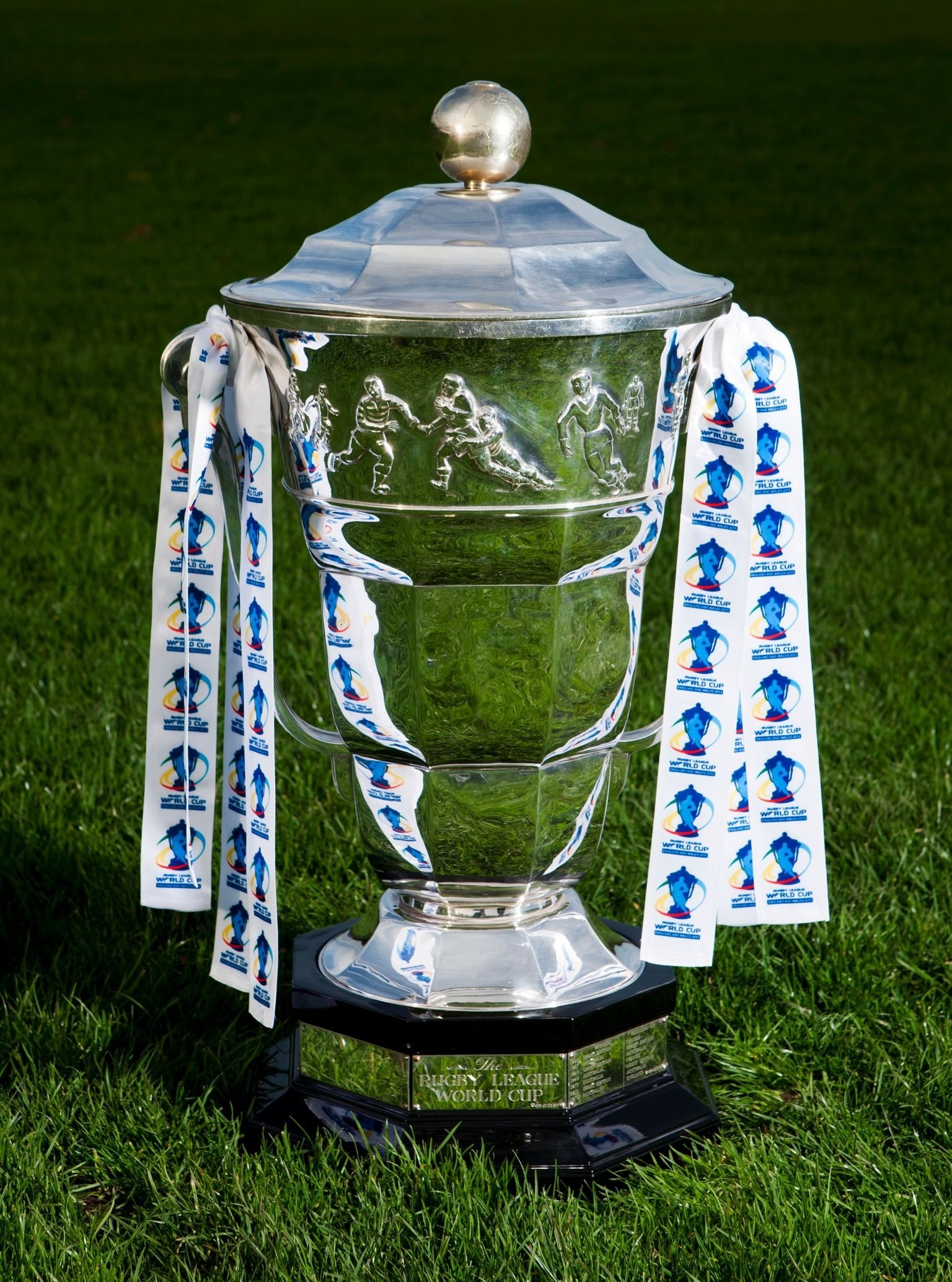