Thursday 6th August, St Georges Square was again transformed into the 4 day Food and Drink Festival, sponsored by John Smith’s and Heineken. This year was the 15th Anniversary of the annual festival, which featured 90 different stall holders offering up food from all around the globe.

Stadium Head Chef, Colin Oakley opened the event with a cook off against Huddersfield Veg Man Ashley Coley. The cook off was sponsored by Jamie’s Ministry of Food and hoped to inspire more people to cook at home
For the cook off Colin produced Sautéed Chicken Livers with Orange and Brandy Served on Toasted Brioche. The dish was a fantastic success with many in the audience saying that it changed their opinions on chicken liver and that it would now be something that they would consider cooking at home for their families. 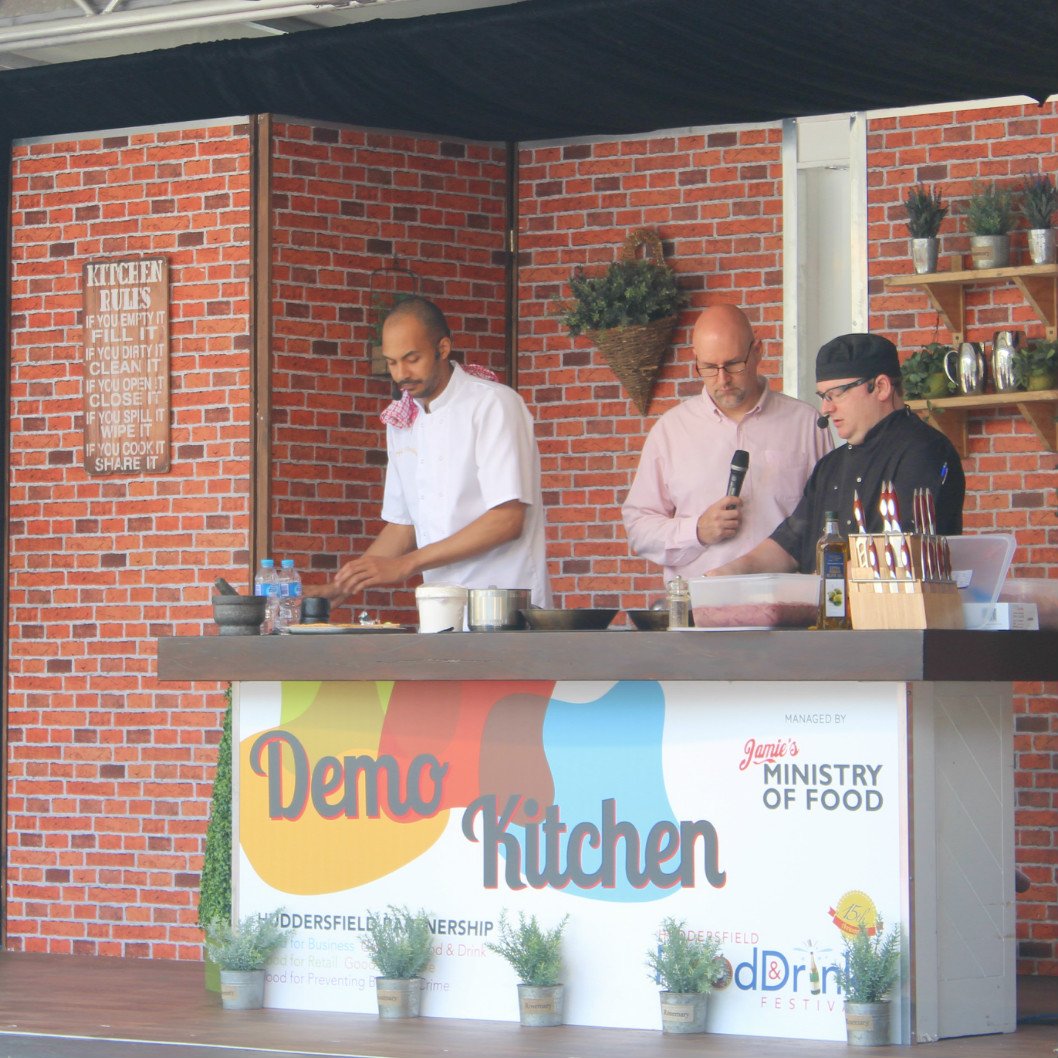