At the end of 2013, Aura Print became proud partners with Kirklees Stadium Development Ltd at The John Smith’s Stadium.

Aura have been producing a variety of work for the Stadium for a number of years so it made sense for us and the team at Aura Print to form a commercial partnership.

Over the last few years they have created vinyl banners, advertising boards, interior graphics, directional signage, banners and light box graphics to either side of the Stadium’s main scoreboard. In addition, they’ve printed bespoke tickets, posters and leaflets for a variety of sporting, promotional and entertainment events.

Most recently Aura Print provided the rebranding of the South Stand, following the Chadwick Lawrence Stand sponsorship. They provided the huge mesh seating banners to either side of the stand, the flex face light boxes next to the main scoreboard and the logos on the blue painted boards that run along the steps at the far left and right of the stand. To the rear of the Stand they produced and fitted the large flex face light box and banner above the entrances.  As ever, these jobs were on tight deadlines that coincided with the start of the season. Needless to say, Aura Print had everything produced to a high spec and fitted professionally and efficiently.

KSDL would like to say a big thank you Liam and all the Team at Aura Print – we look forward to working with you more closely in the future. 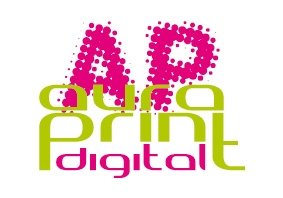