Tuesday 29th March marked 200 days to go until the Rugby League World Cup 2021 (RLWC2021) makes a real impact across the nation when England take on Samoa in the tournaments’ opening fixture at St James’ Park, Newcastle on 15 October 2022.

To commemorate the milestone, the tournament has been undertaking a 48-hour trophies tour of the 18 host towns and cities in celebration of a 48-hour ticket upgrade offer, whereby fans can benefit from a ticket upgrade that is too good to miss! This means, any fans that buy a Category C ticket for the men’s quarter-final clash at the John Smith’s Stadium, will have their tickets automatically upgraded to Category B.

The trophies tour, whereby the silverware from the men’s, women’s and wheelchair tournaments will be paraded around the towns and cities getting ready to host the 61 matches of the upcoming World Cup, commenced on Tuesday 29th March at 07:00 in Newcastle with RLWC2021 Ambassador Jason Robinson.

The tour then passed through Tees Valley, York, Hull, Doncaster, Sheffield, and Leeds before reaching Kirklees for the final event of the first day of touring. Kirklees is playing a huge role in the tournament as one of the men’s quarter-final ties takes place here, at The John Smith’s Stadium!

During the tour, the three trophies arrived here at The John Smith’s Stadium in Huddersfield, and were joined by Huddersfield Giants legend Eorl Crabtree, Ireland International Oliver Roberts, as well as the mascots from the Dewsbury Rams, and Batley Bulldogs.

The promotional tour features the tournament’s new campaign ‘This is Real Impact’, to support ticket promotion and provide a platform to tell the many stories of the contribution the tournament is making in communities through its social impact programme and in respect to inclusivity in hosting the men’s, women’s and wheelchair tournaments under one World Cup for the first time in the sport’s history.

Jon Dutton, Chief Executive of RLWC2021, said: “After an incredibly challenging couple of years for everyone, it is hugely exciting to be able to take our three unique trophies to each host partner as they put on their own celebration and make a ‘Real Impact’ in their local communities.

“We’d like to thank our partners in Kirklees for their brilliant event to mark the milestone. The road to RLWC2021 starts now and with this limited ticket offer and exciting new campaign being released, we hope to encourage fans up and down the country to obtain the best seats in the house at the best possible price.”

Ticket prices for the tournament start as low as £2.21 for concessions, as the unique tournament will be one of the most accessible and affordable for fans with more than 80% of tickets priced below £50. Fans can purchase tickets here.

Here at The John Smith’s Stadium, we also have some fantastic hospitality packages available for the event – why not have a look here? 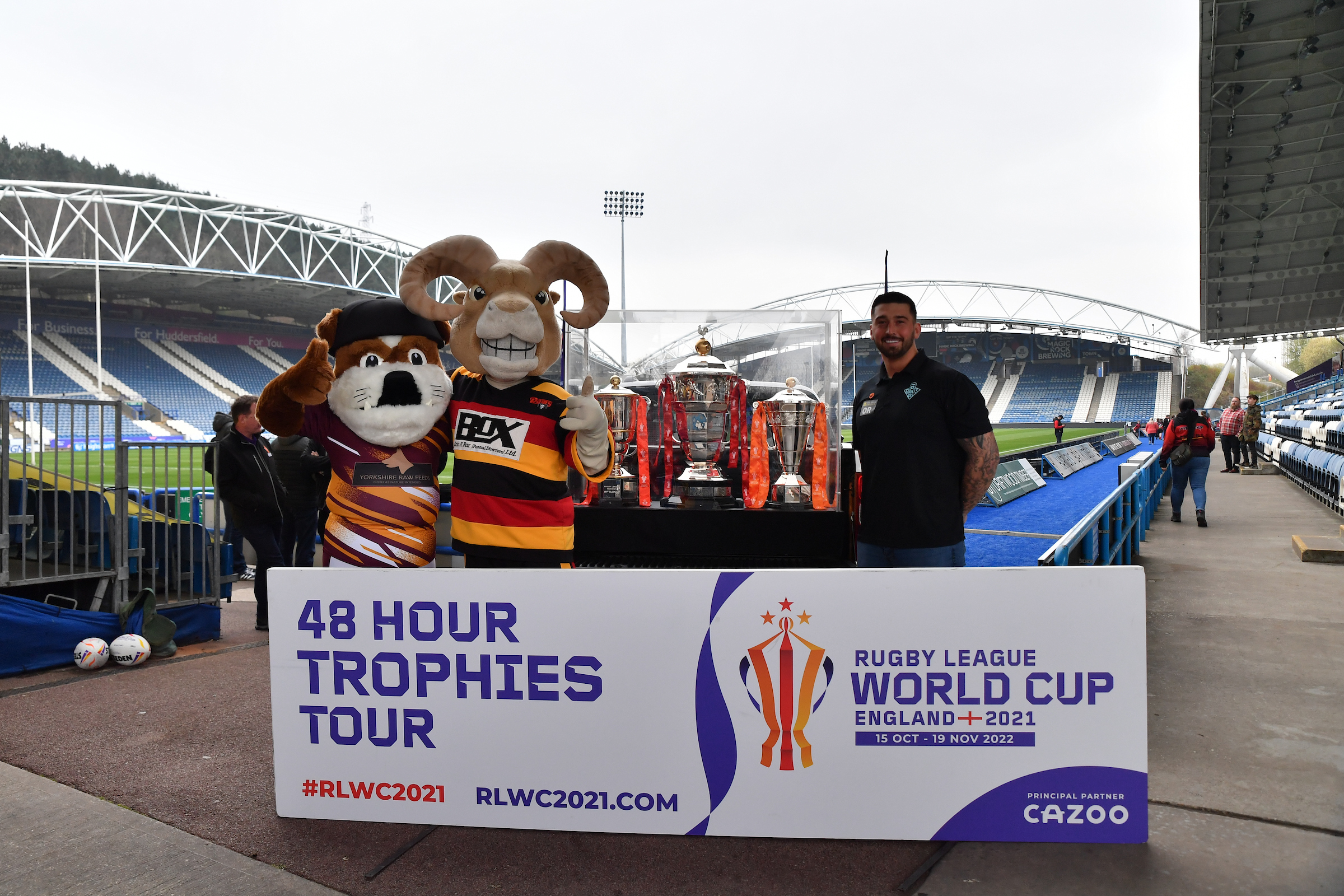