On Tuesday 4th June 2019, Take That performed at The John Smith’s Stadium and Gary, Mark and Howard made it a night to remember!

Whilst the heavens opened just before the concert was due to start, Howard managed to tweet to the fans saying it would be worth the wait in the rain, and it sure was. As Take That finally took to the stage at 8:30pm the rain miraculously stopped.

Take That managed to wow the fans as they put on a great show, singing all their classic songs! The stage was transformed into a set inspired by their new album Odyssey, using and performing in a large rotating sphere.

Take That opened up the show with ‘Greatest Day’ whilst they got the crowd going, clapping and dancing. They ended the show asking the crowd to light up their torches in darkness as the pop queen herself Lulu came to perform relight my fire, with a stunning performance from a local choir from Sheffield.

The lights were still shining as the finale came round and they finished with ‘Rule the World’ with a show of fireworks.

The concert also had some humour in there as Mark decided to take his shoes off because the floor was too wet and as the crowd cheered louder and louder, Gary said to Mark ‘Take your pants off’. Not forgetting Howard mentioning one of their first ever gigs was in Huddersfield at night club Flicks.

The one and only Rick Astley who was the support act on the night, got the crowd warmed up and sang his amazing classic songs! He even managed to throw a bucket of water over his head, so the fans weren’t the only one’s suffering from the rain and cold.

9 months down the line, The John Smith’s Stadium are happy with what was an amazing concert and welcoming 28,000 fans to Huddersfield. 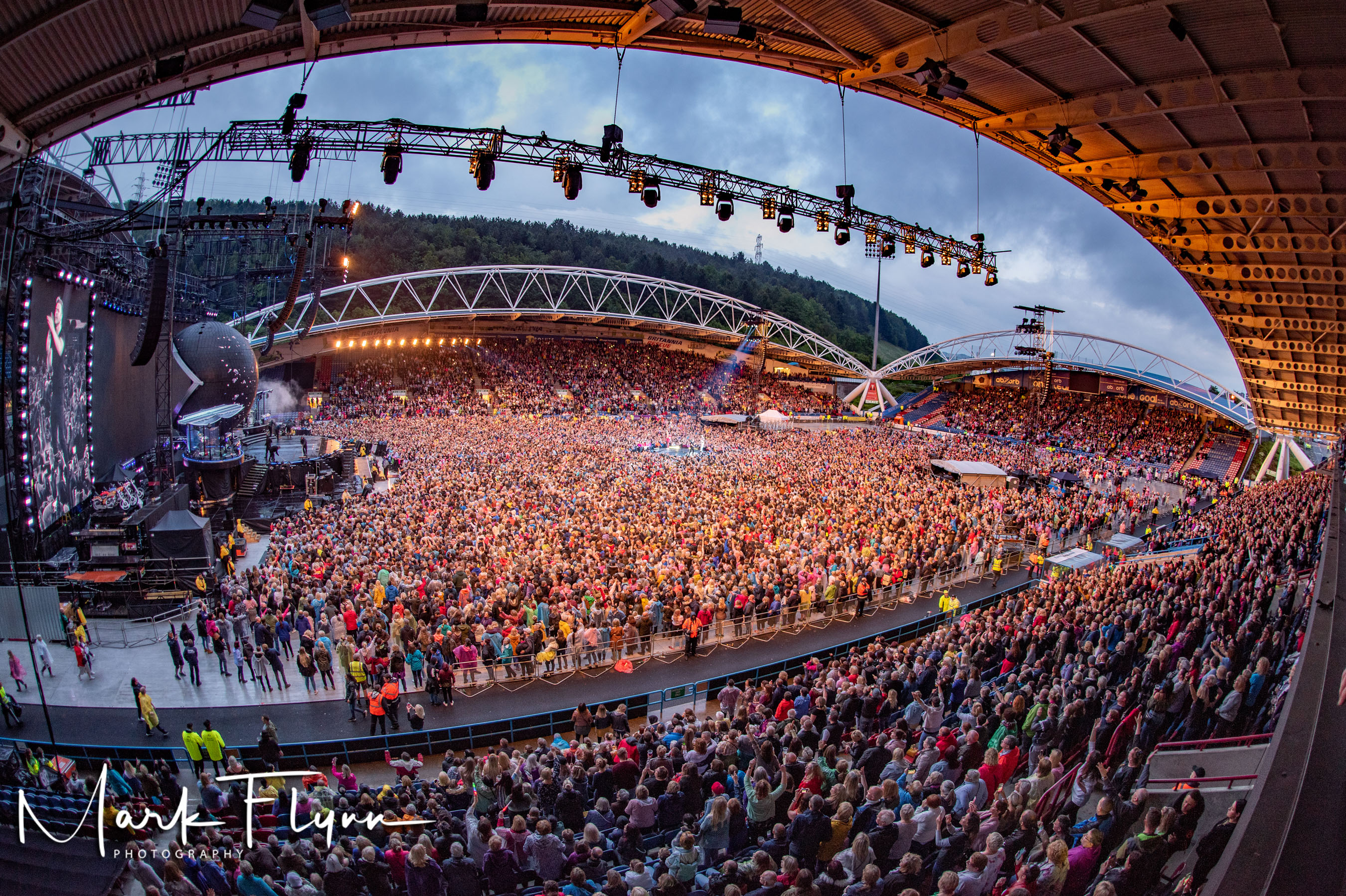