Social Progress have recently had a banner installed outside The John Smith’s Stadium. They liked the idea but thought it would be great to do something a little different, so they looked into how they could make their Social Progress banner interactive. The best option that came to mind was to create some sort of Augmented Reality. This would mean learning how to incorporate this into their banner.

After a bit of chatting through how it could work with John Polley, of John Polley Brand Design who is the graphic designer they use for there creative assets, and investing a little bit of time into the ins and outs of Zapworks, they felt confident that they could do this. Social Progress decided to go with a favourite of theres…. The #SoProHigh5. This would now mean that John could design them a banner with the #SOPROHIGH5 on and they also needed to generate a Zapcode. A Zapcode is something like a QR code in which it reads it and bring your augmented reality to life. Once the banner was complete it was then passed onto Alex to make an animation of the High5 and work his magic in Zapworks to bring this all to life. 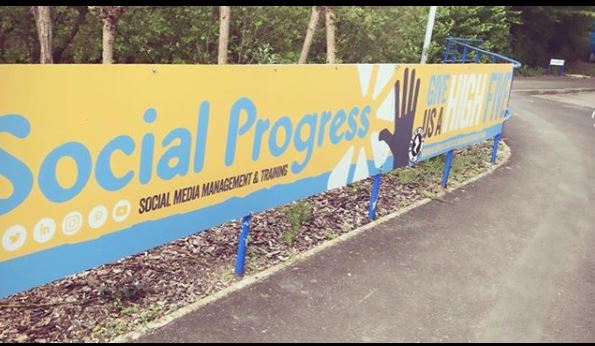