The Monopoly Launch was a great success here at The John Smith’s Stadium. The event took place in The Fantastic Media Suite where guests from all companies on the board attended the launch.

When arriving at the launch we started off by taking photo’s with the Monopoly props before The Terrier Brass Band came to play some live music. The Mayor of Kirklees did her speech before introducing the competition winners and Mr Monopoly himself.

We all got a chance to look at the new Monopoly board and play a game or two as well as networking and enjoying a light breakfast.

Monopoly Huddersfield is now on Sale. 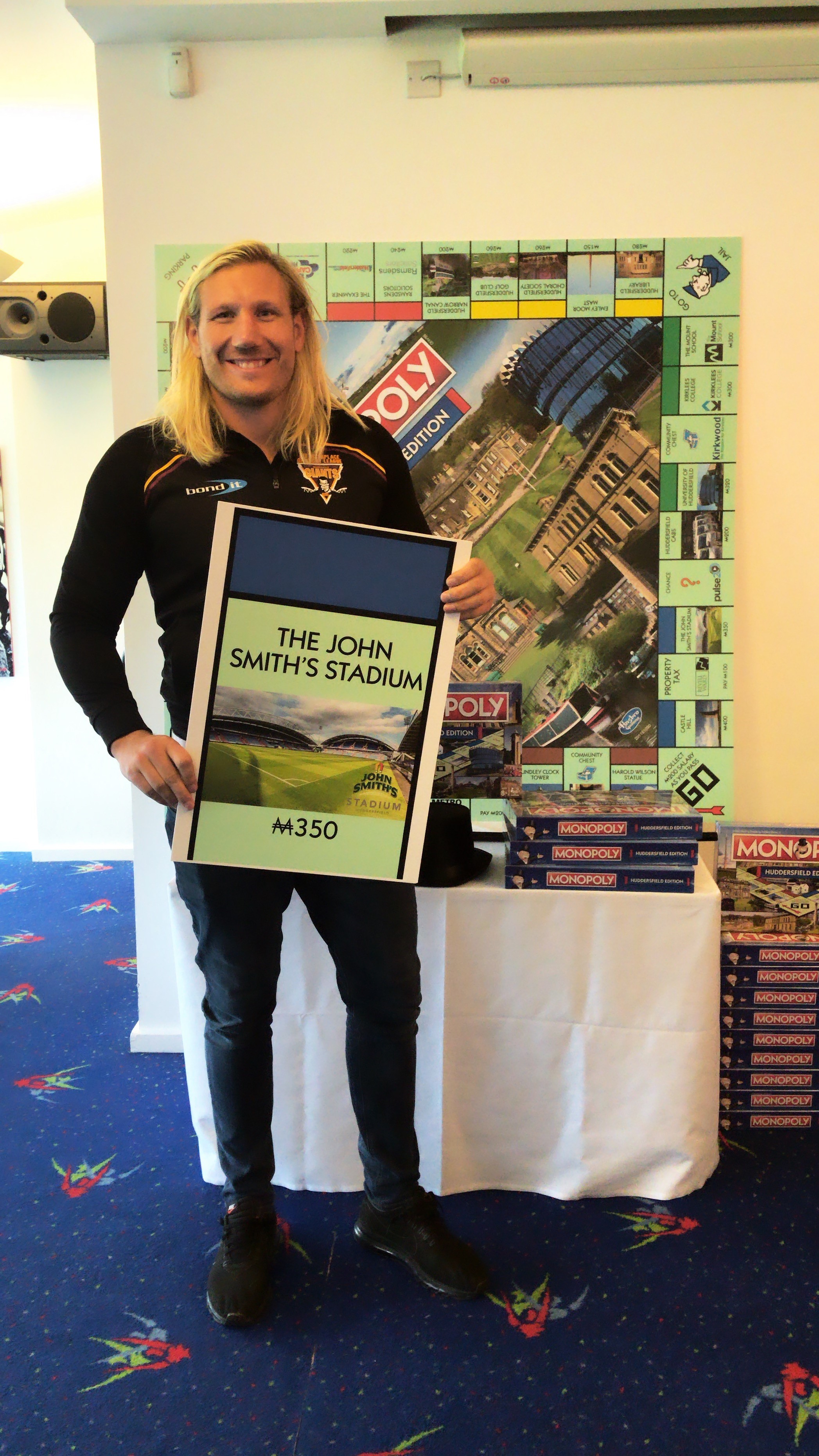