The Ladbrokes Challenge Cup sixth round draw has been made.

Huddersfield Giants have been given a home match against West Yorkshire rivals Wakefield Trinity in the Ladbrokes Challenge Cup sixth round.

The draw was made live on the Chris Evans Show on BBC Radio 2 this morning and the Giants will host Wakefield Trinity at The John Smith’s Stadium with a date to be confirmed closer to the time. 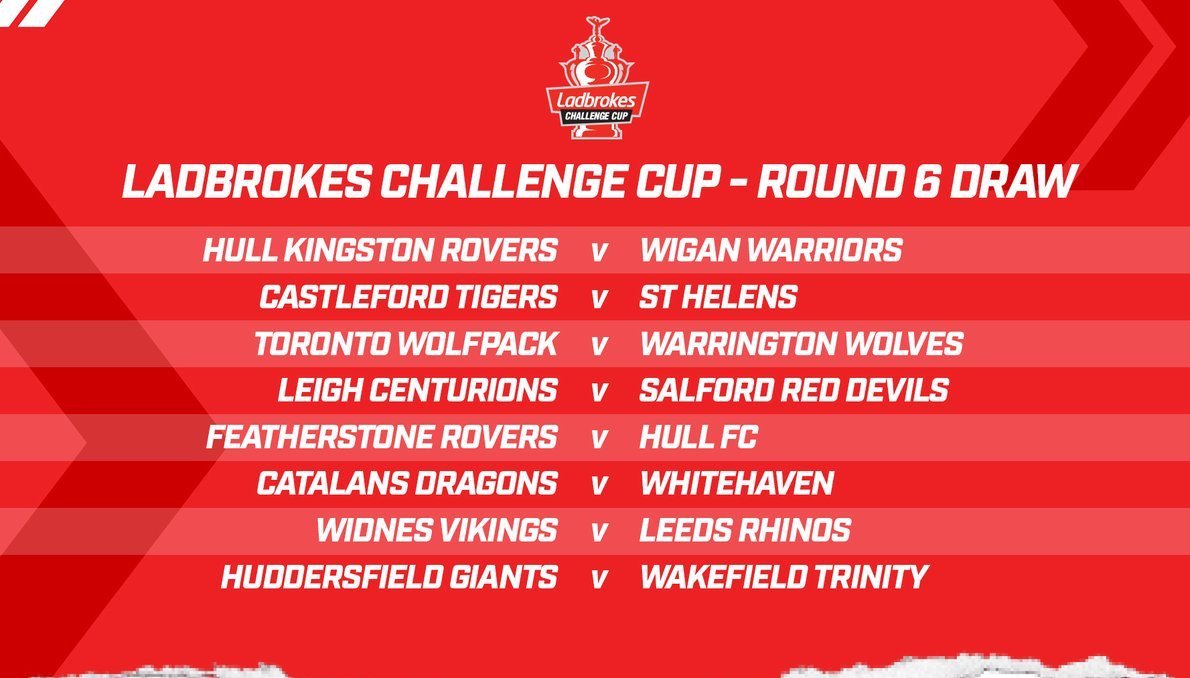