Forget Me Not Child Sporting Dinner

Forget Me Not Child Sporting Dinner

The dinner was in aid of local charity the Forget Me Not Children’s Hospice, which cares for children across West Yorkshire who have life shortening health conditions.

Steve Cram CBE, who acted again as host at the annual dinner interviewed Michael Vaughan OBE who assured his place in cricket history with England’s historic Ashes victory in 2005 and has gone on to become one of the sport’s most respected commentators. Tyrone Nurse, a British boxer who won the British super lightweight title in 2015. From Huddersfield, Nurse made his professional debut in March 2008 with a win over Kristian Laight. Karen Pickering MBE, who has won 35 major championships medal and 38 national titles. She was 4 times World champion, broke 2 World Records and competed at 4 consecutive Olympic Games. 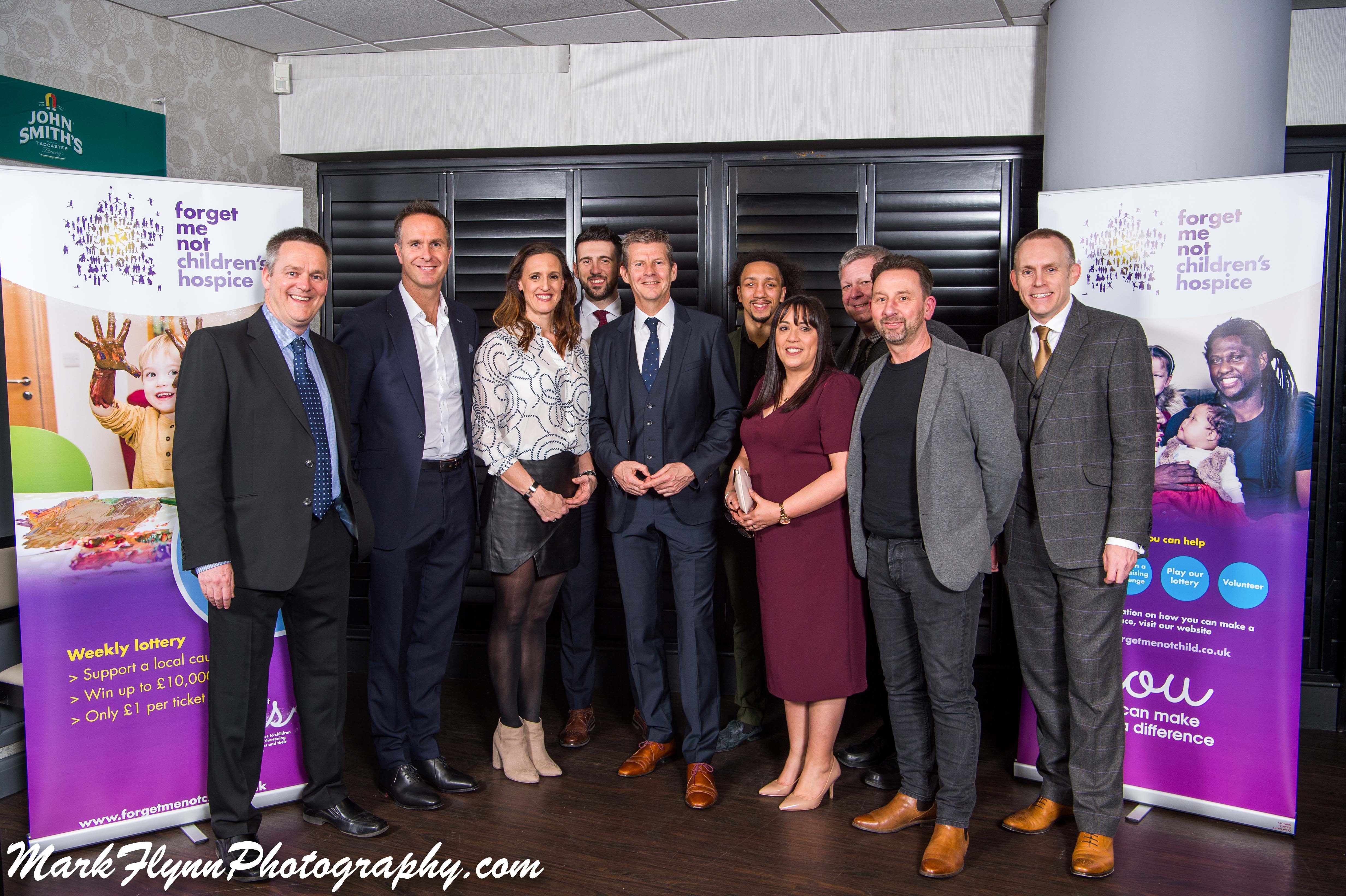