World Cup yesterday announced that the Galpharm Stadium would host a game. It was named as one of 18 venues which will take part in the 14-nation tournament.

Speaking at the side of the Galpharm pitch, he said: “It’s fantastic that the home of rugby league will host a game during the world cup. It will build on the town’s proud rugby history. We will look to get local schools, colleges and sports teams involved in the event. Businesses in the town centre will benefit from the game.”

“It’s a very exciting day,” he told the Examiner yesterday.

“It’s a very prestigious event and we’re proud to be a part of it. We had a really well put-together bid which involved the Dewsbury Rams as well as us.”

Some 30 stadia applied to take part in the 26-game tournament. 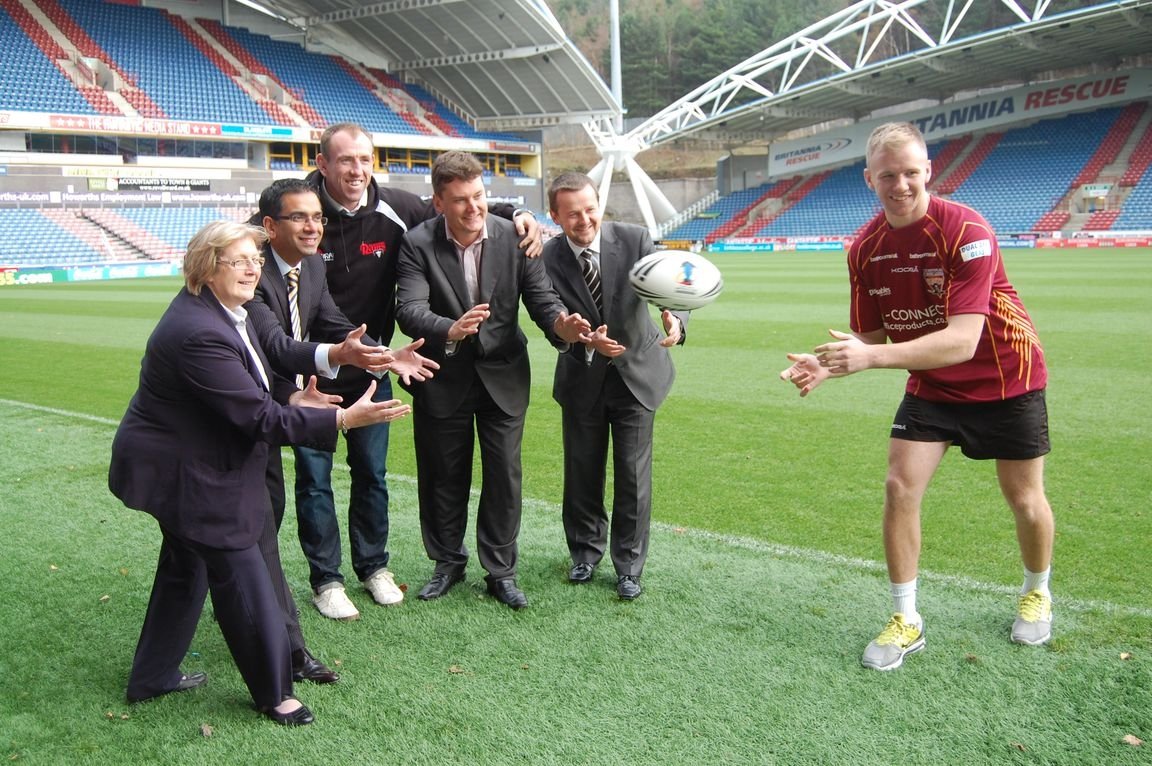