Kirklees Stadium Development Limited have once again joined forces with charity partner Greenstreams, in an effort to improve access to the River Colne and encourage local wildlife to flourish.

Members of staff from KSDL, Revell Ward and Cummins Turbo left their desks to undertake some outdoor volunteering around the footpath bordering the riverbank.  This involved clearing debris i.e.  plastic bottles, glass bottles, various assortment of rubbish, cutting down tree branches and brambles and installing steps to improve access to the beach below – all of which will encourage the growth of wildflowers in the area.

Gareth Davies, Managing Director at KSDL said “We are delighted to be supporting Greenstreams by helping tidy up the riverbank which runs through our site.  Myself and the team thoroughly enjoyed the day and have signed up for more volunteering later in the year.”

The water quality in the river Colne has improved considerably and this has led to an increase in wildlife. Higher oxygen levels in the water mean that aquatic insects and other invertebrates can repopulate the river providing food for native fish species such as brown trout and grayling. Kingfishers, dippers and goosanders are among the birds to benefit, and it is not impossible that otters might return; they have been seen on the Calder as close as Dewsbury!

The day in numbers: 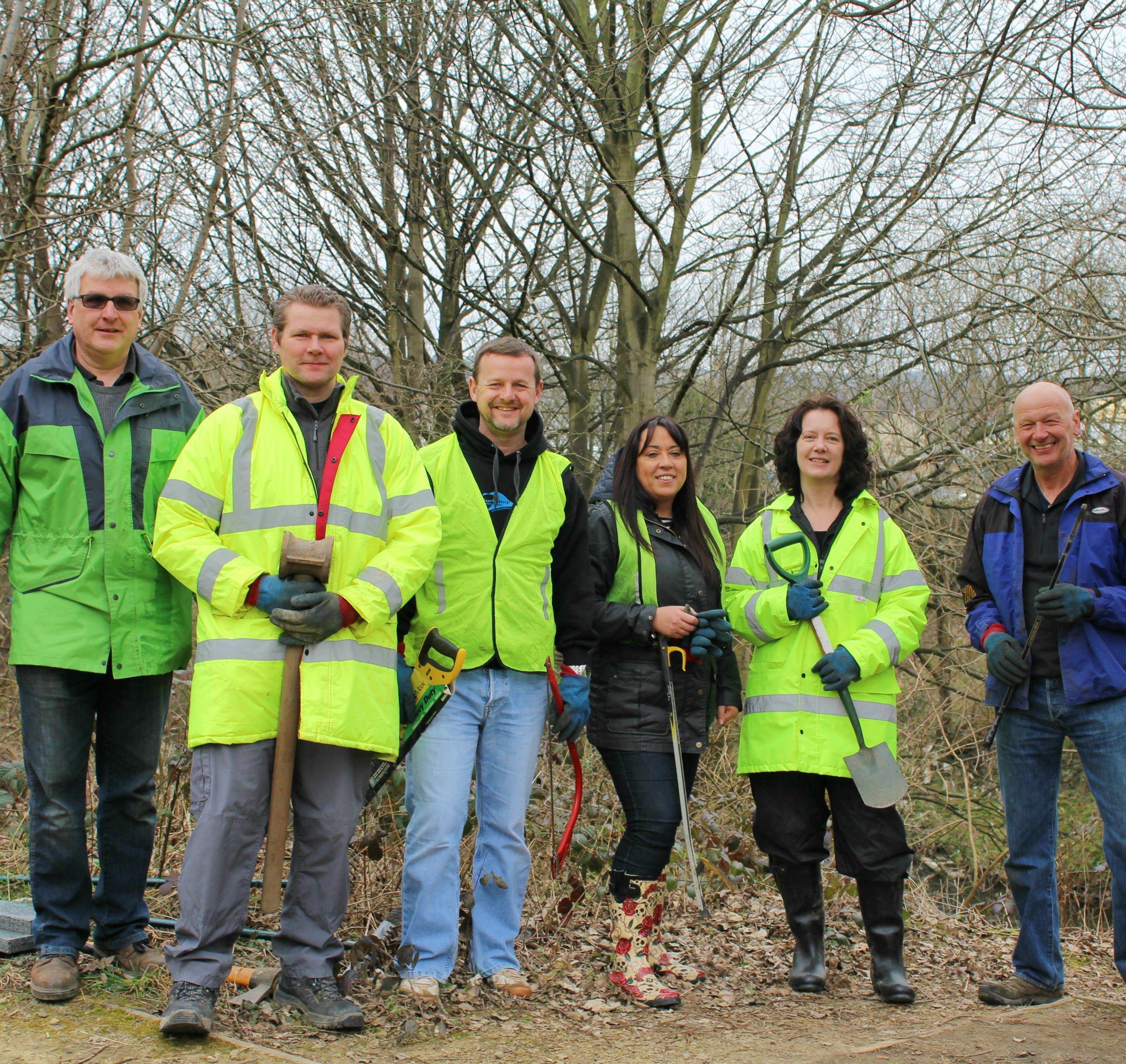