Star-studded line-up of sporting greats turn out in force for a great cause.

News & Media Star-studded line-up of sporting greats turn out in force for a great cause.

Star-studded line-up of sporting greats turn out in force for a great cause.

The occasion was the Forget Me Not Trust’s first-ever Annual Sporting Dinner.

Having raised many thousands of pounds for the Brackenhall-based Hospice, organisers are already looking forward to the next one.

The evening took the format of an interview, with Steve Cram chatting to the sportsmen, who related many personal and amusing stories. Tickets were offered to hospice supporters and the general public at £49 a head, or £490 per table, and more than 200 were sold.

There was also an auction and silent auction with prizes including a box for 12 at the Robbie Williams concert in the Phones 4U Arena, Manchester, five tickets with hospitality for the Manchester United v Sunderland match at Old Trafford and a range of signed memorabilia.

Hospice’s Ryan Grint said ”We’re really pleased with the turnout — we hope to repeat it annually.

The Stadium would especially like to thank DFS Huddersfield who supported the event by very kindly supplying 2 beautiful pieces of leather furniture for the stage, that the guests used for the interviews. 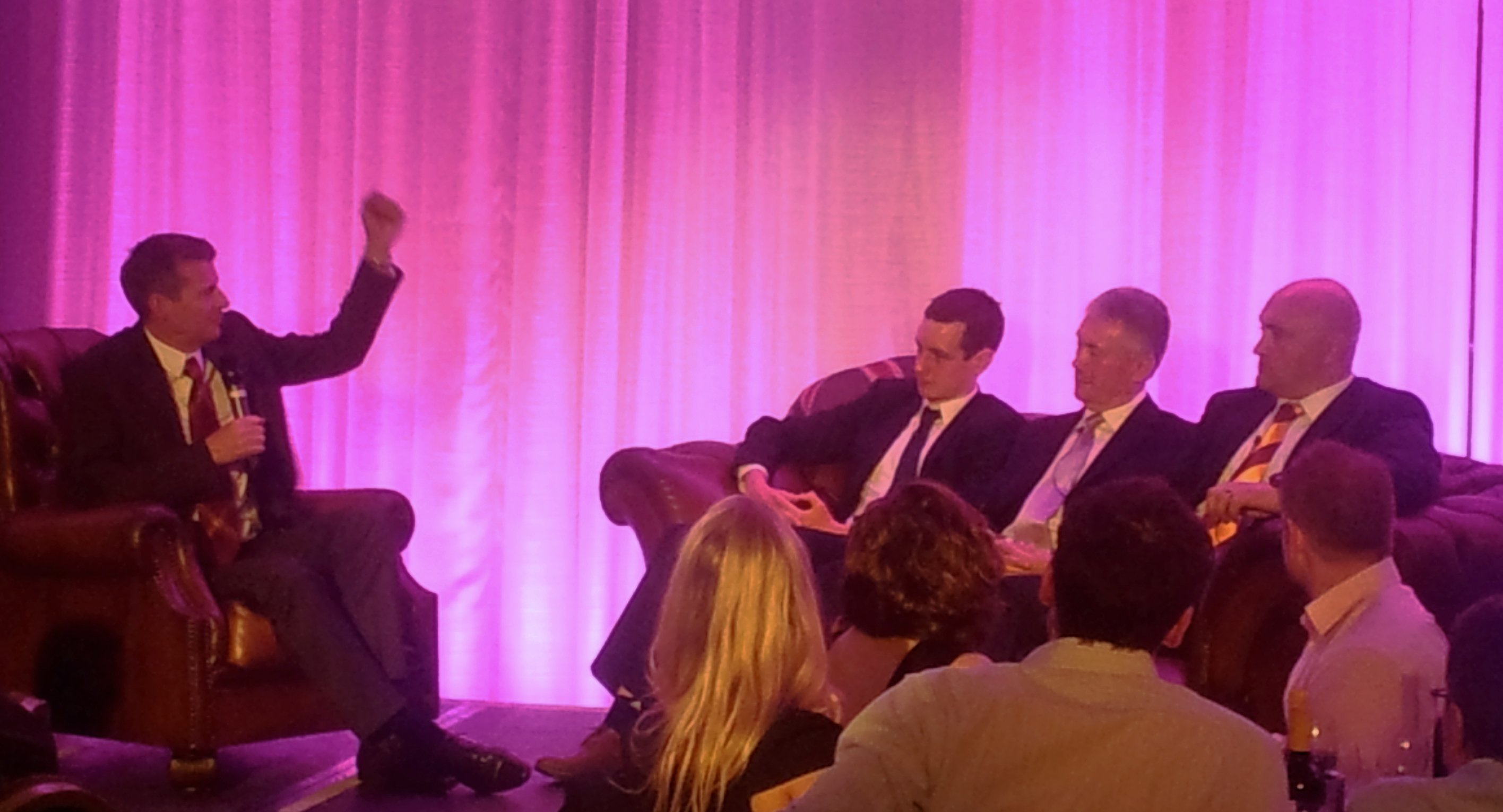