We are proud to announce that the Stadium catering team has worked to secure Jones Pies as their newest supplier, in a deal that will see the locally produced pies sold across all food outlets on match days.

Jones Pies will be supplying the Stadium with a wide selections of their classic pies; beef and potato, steak and ale and chicken curry as well as a specially crafted ‘Huddersfield Lamb Hotpot’ pie exclusive to us.

Managed by KUDOS, who have recently taken over as catering provider at the Stadium, the team have stayed true to their core values by supporting a local small growing business.

Jones Pies are an award winning family run baker based in Lockwood, Huddersfield. Having started as a Yorkshire Butcher shop in 1988, the company has grown in popularity from word of mouth, being renowned for their fantastic range of pork pies, pies, sausage rolls and pasties, all of which are handcrafted the old fashioned way.

Through this partnership the Stadium will also be supporting Jones’ suppliers, 99% of which operate in Yorkshire, including; All Flour from Bradshaws of Driffield – the last remaining flour mill in Yorkshire, relishes from Shaws of Huddersfield and Hendersons of Sheffield. The only ingredient not to be sourced from Yorkshire is the Italian lard, which is used to bind the pastry due to its lower melting point in the mouth, resulting in a less claggy texture.

Commenting on the contract win, Ian Simpson, General Manager of the Stadium catering services said: “We at the Stadium have been working on securing this contract for many months now, keen to show our support to the surrounding local business.

“As the only Yorkshire based team in the Premier League it is important that we showcase the best that we have to offer and we all believe after having tested the pies that they that they will do just that!”

Tony Risso-Gill, Managing Director at Jones Pies, said: “We are delighted to have won the contract with the Stadium. The impact from this deal will not only benefit a local small growing business like Jones Pies but also all of our local Yorkshire based suppliers.

“We have five of our pies up for offer across all kiosks and corporate bars for both Town and Giants match days and are confident that they will give all fans, home and away, a fantastic addition to their match day experience.” 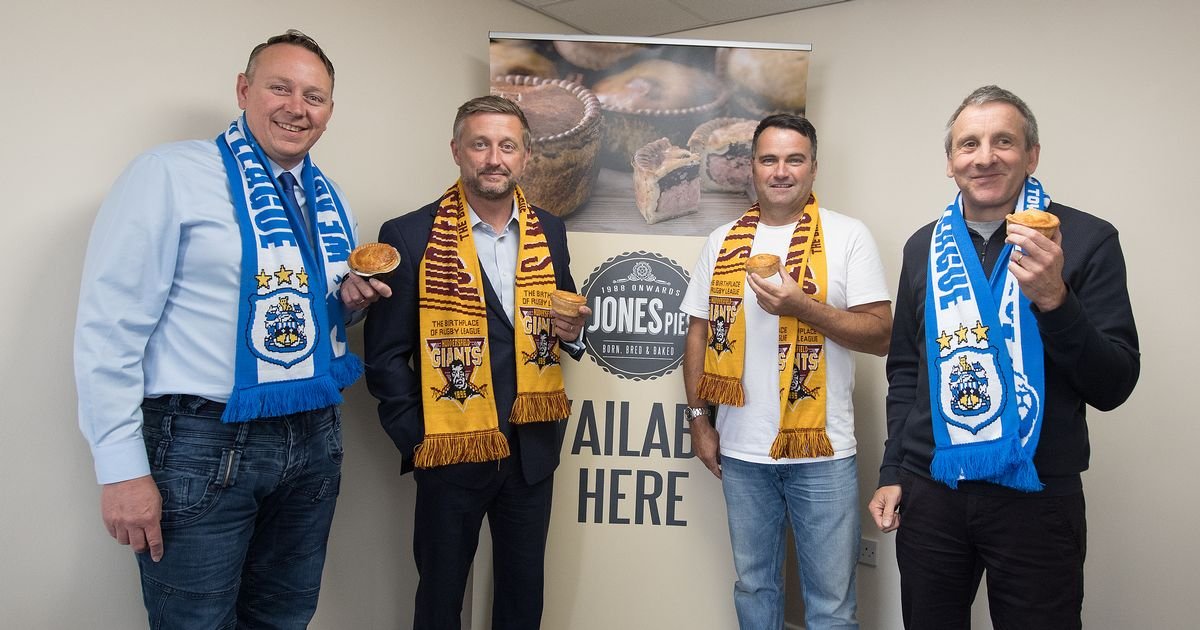