Some of sport’s biggest names headed to the John Smith’s Stadium to lend their support to a Huddersfield Children’s Hospice.

The Forget me Not Children’s Hospice, at Fell Greave Road, Huddersfield, provides help and support for children and families with life shortening illnesses and more than 200 guests gathered at the Stadium for the Charity’s first ever sporting dinner.

The Stadium is home to Huddersfield Town Football Club and Huddersfield Giants Rugby League Club and the evening began with reception drinks and a three course meal in the Revell Ward Suite, catered for in-house by chefs from Sodexo Prestige.

Olympic triathlete champion Alistair Brownlee, ex-Huddersfield Town, Leeds United and England defender Trevor Cherry and Giants Head Coach Paul Anderson shared their memories and stories with 1500 metre Olympic Silver medal winner and BBC commentator Steve Cram.
The evening included a  charity auction with prizes such as a box for 12 at the Robbie Williams concert in the Phones 4U Arena, Manchester, five hospitality packages for the Manchester United v Sunderland match at Old Trafford and a range of signed memorabilia – with the event raising more than £10,000 for the Charity.

“It was just an incredible night,” said Liz Paver, Director of Fundraising for Forget Me Not.
“It was the first time we’d ever held an event like that and we simply couldn’t have done it without help from Kieran and Jaine at the Stadium. The John Smith’s Stadium has an excellent reputation and everything from the parking to the catering was just perfect.” 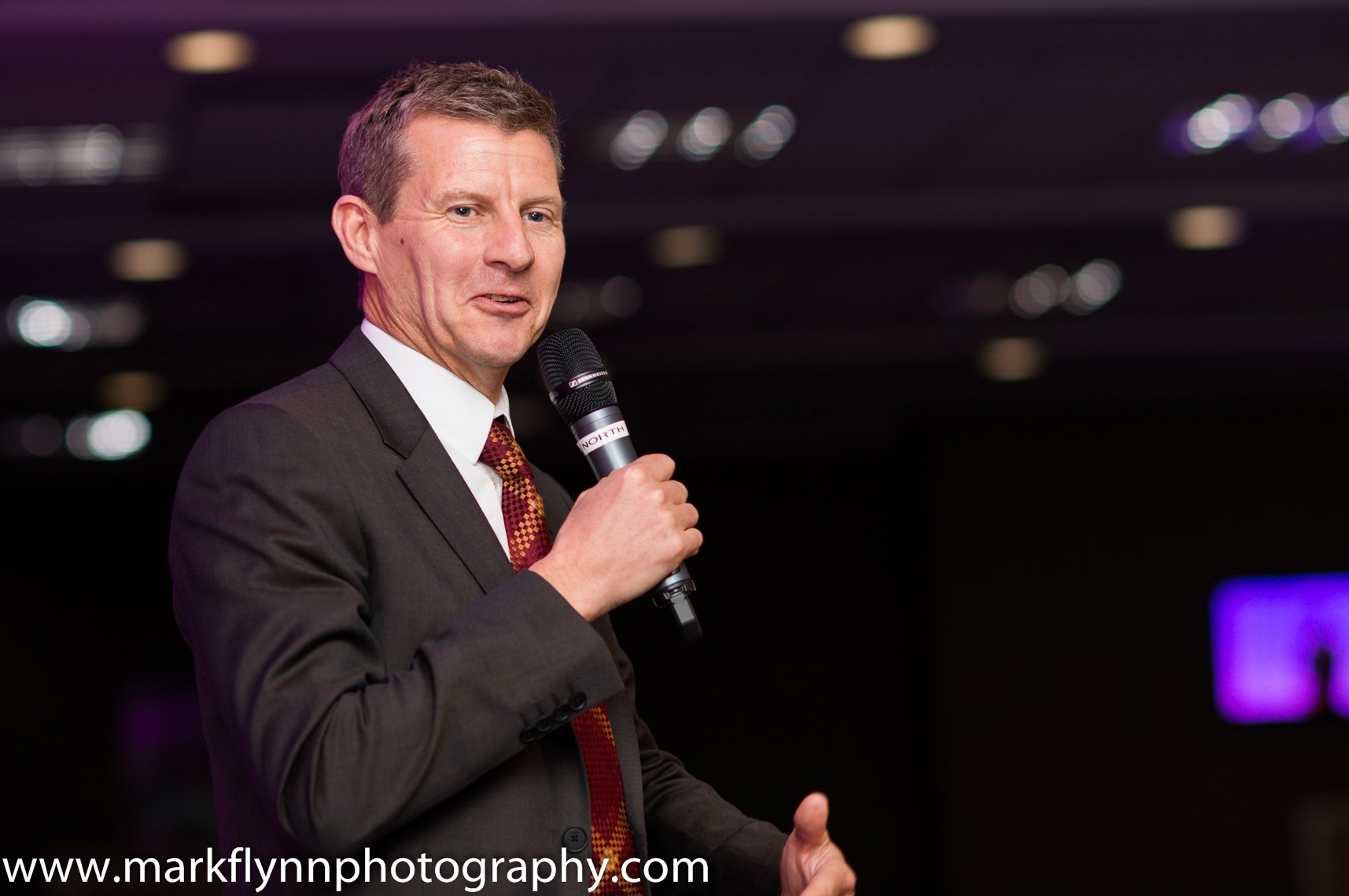