Please see below a note from Sky Bet EFL to fans heading to Wembley for this Mondays Plays Offs:

Enhanced security operation in place for Sky Bet EFL Play-Off Finals and plans to pay tribute to those affected by the tragic events in Manchester.

The safety of supporters is of paramount importance and we will be implementing an enhanced security operation in collaboration with Wembley Stadium, the Metropolitan Police and the local authorities for this weekend’s Sky Bet EFL Play-Offs.

All supporters attending either the Sky Bet League League Two or Sky Bet Championship Play-Off Final on Sunday 28th and Monday 29th May respectively, are advised to arrive as early as possible to allow appropriate time for security searches upon entrance to Wembley Stadium.

We strongly advise that all supporters arrive at the stadium no later than one hour prior to kick-off and we encourage spectators to not bring any bags or unnecessary items with them.

The EFL plans to appropriately remember Monday’s tragic events in Manchester before the kick-off of both matches.

We thank all supporters for their co-operation and understanding. 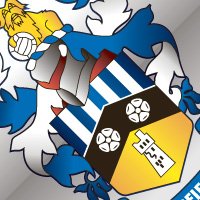