The Rugby League Four Nations 2016 Trophy will be on show for all to see as it comes to Kirklees as part of its tour around the country, as fans of rugby league and new supporters of the sport get the chance to take photographs of themselves with one of the sport’s most prestigious pieces of silverware.

The John Smith’s Stadium will be hosting the England v New Zealand game on the 29 October, the only guaranteed England game in the whole North of England. The Trophy will be on display at the Huddersfield Giants v Leeds Rhinos game here at the Stadium on Sunday 18 September KO 3pm, giving supporters the chance to find out more about the ticketing and hospitality options available as well as the chance to have their photo taken with the cup and the club mascot Grubber. 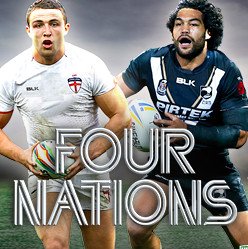