Stadium Darts Night Raises £600 for Simon on the Street

Stadium Darts Night Raises £600 for Simon on the Street

The pair were joined on stage by fellow sporting legends; Huddersfield Giants and England prop forward Eorl Crabtree and former Huddersfield Town and England player Trevor Cherry. Legendary Sky Sports commentator and the ‘voice of darts’, John Gwynne performed as Master of Ceremonies at the Exhibition and was joined by walk on girl Sammi Marsh-Wade.

The evening, which was sponsored by John Smith’s, was also in support of local homeless charity Simon on the Streets, one of the dedicated charity partners of the Stadium. The raffle and auction held on the evening helped to raise a fantastic £600 for the charity and gave the audience the chance to win signed shirts by all 4 players and the darts board used on the evening signed by all the stars.

The event was the first of its kind organised by Stadium company KSDL, Managing Direct Gareth Davies commented, “We were delighted with the turnout at last night’s Masters of Darts event and would like to thank all parties involved for a great evening. The feedback from the audience was fantastic; Trevor, Eorl, ‘Chizzy’ and Wayne were great sports and certainly brought the event to life. Most importantly, we managed to raise a substantial amount of money for our charity of choice, Simon on the Streets.” 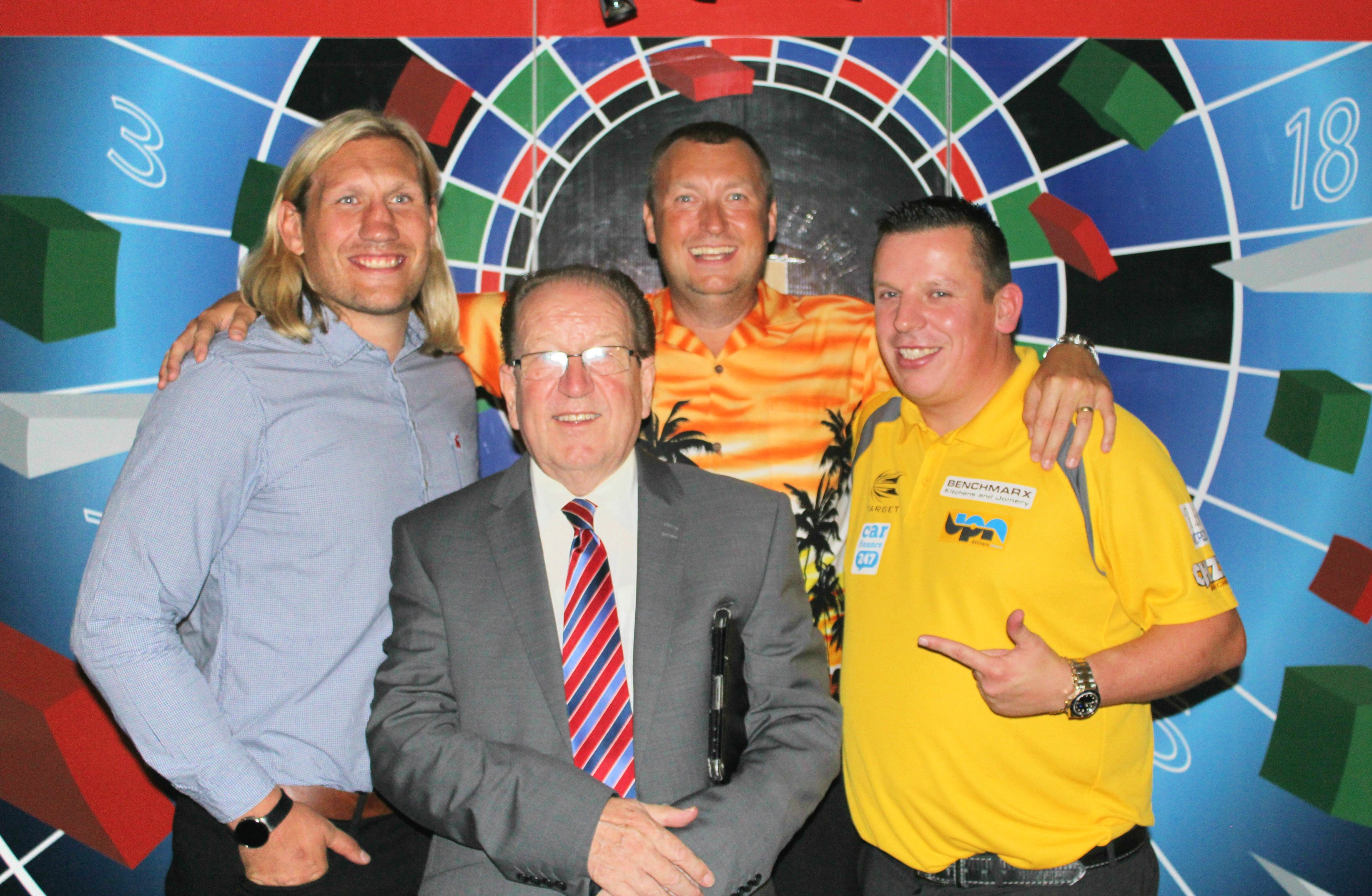