Heineken UK has gone some way to answering the age old question of ‘which is better, bitter or lager?’ with a good old fashioned football match at the appropriately named The John Smith’s Stadium, Huddersfield.

Heineken, owner of the John Smith’s and Foster’s Lager brands, brought the two giants of the beer world together in a gargantuan clash of Bitter vs Lager in the inaugural John Smith’s Stadium Cup this afternoon.

A team of plucky brewers from John Smith’s – brewed at Tadcaster in the heart of Yorkshire – came head-to-head with a bevy of brewers from Fosters from across the Pennines in Manchester. It was an encounter that can only be described as ‘intoxicating’.

After taking the lead early on, the Foster’s Team never looked like relinquishing their grip on the game and ran out 4-0 winners to take the honours and claim the bragging rights.

Lifting the trophy, captain of the winning Fosters team, Andrew Hunter, said: “It was a wonderful game played in the right spirit by two passionate breweries. I couldn’t be prouder of the guys from Manchester, a superb performance and great victory.”

Jonny Meredith from the losing John Smith’s Team said: “The best team won on the day. We had our chances but didn’t take them, but we will be back next year better and stronger.”

The event was organised by Heineken UK as a way to give something back to their staff and to celebrate the extension of naming rights deal with the stadium in Huddersfield for a further five years.

Heineken UK spokesperson Leigh Jameson said: “This was a fantastic occasion bringing together two of our brewing sites from Manchester and Tadcaster to experience the top class sporting and conferencing facilities on offer at the John Smiths Stadium.

“It was a wonderful opportunity to celebrate the recent extension of our partnership with the stadium, enjoyed with a competitive spirit.” 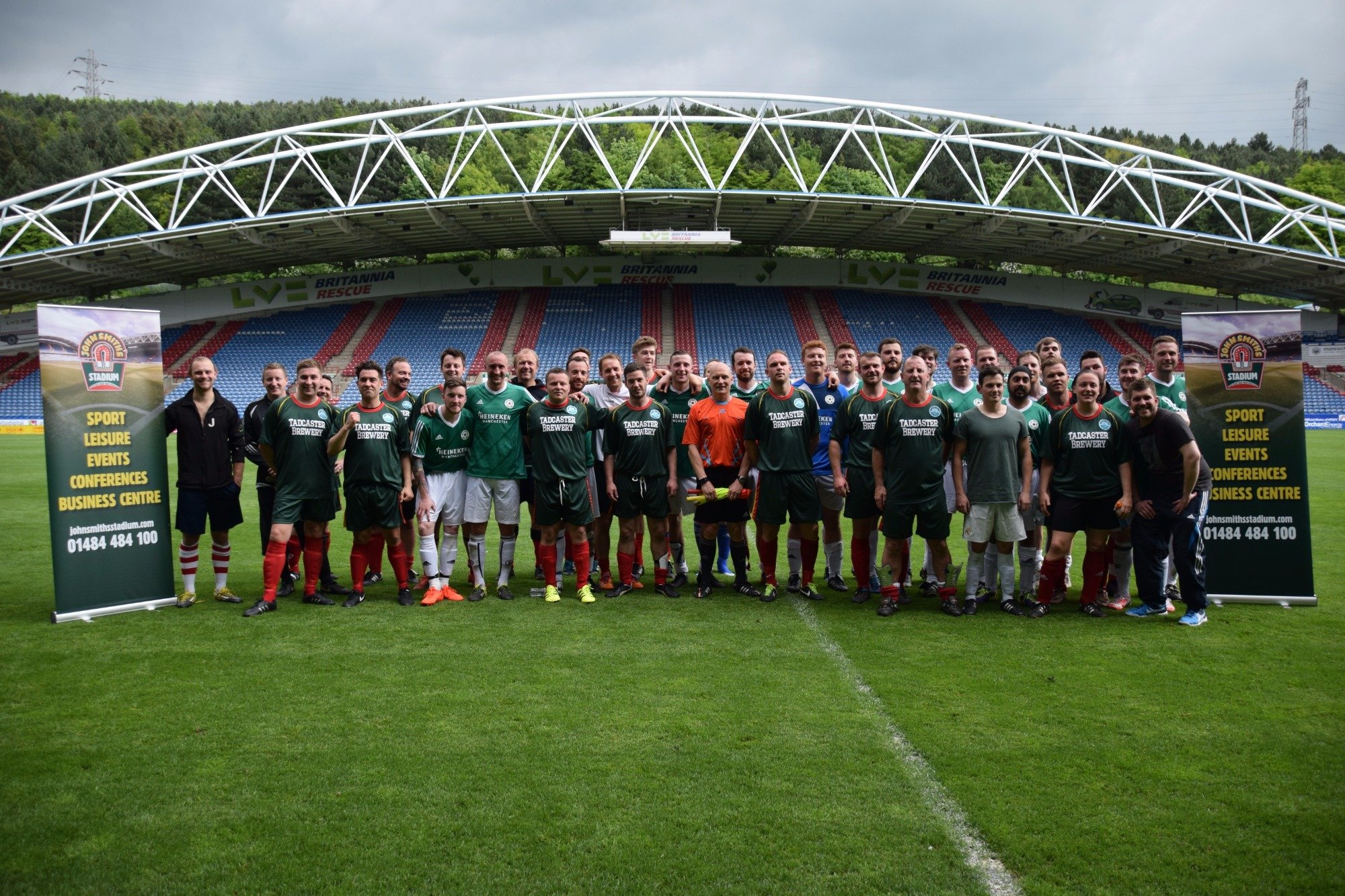