Its a Knock-Out competition at the John Smith's Stadium

Its a Knock-Out competition at the John Smith’s Stadium

‘It’s a Knock-out’ competition at the John Smith’s Stadium raises funds and awareness for the HTAFC Foundation.

Six teams made up of local businesses, braved the cold weather and battled it out to become champions of ‘Its knock-out’ last week at the John Smith’s Stadium.

The HTAFC Event sponsored by Revell Ward took place on the pitch at the Stadium, using a range of inflatable obstacles including a slippery slide, climbing walls and knock-out inflatable games. Games included running around and over obstacles whist trying to balance water on your head, an inflatable maze and climbing over wet walls with ropes.

Champions of the competition were Huddersfield based drinks dispense providers Brewfit and sister company Paxman. James Paxman, Curtis Paxman and Richard Paxman picked up the trophy for first place with all runners up receiving medals.

Gareth Davies, Managing Director commented ‘The event was great success and we all had a lot of fun. Not only does the event help raise funds for the HTAFC Foundation but for those taking part it’s a great team building exercise. We encourage everyone to get involved. A huge thank you to HTAFC and also to Revell Ward for their continued support of the event which we are hoping will be as successful again next year.’

The event has run for the last three years and is enjoyed by local businesses and individuals who want to get involved in a fun day of competitions, to raise money for a great cause. If you are interested in taking part next year contact tracy.nelson@htafc.com 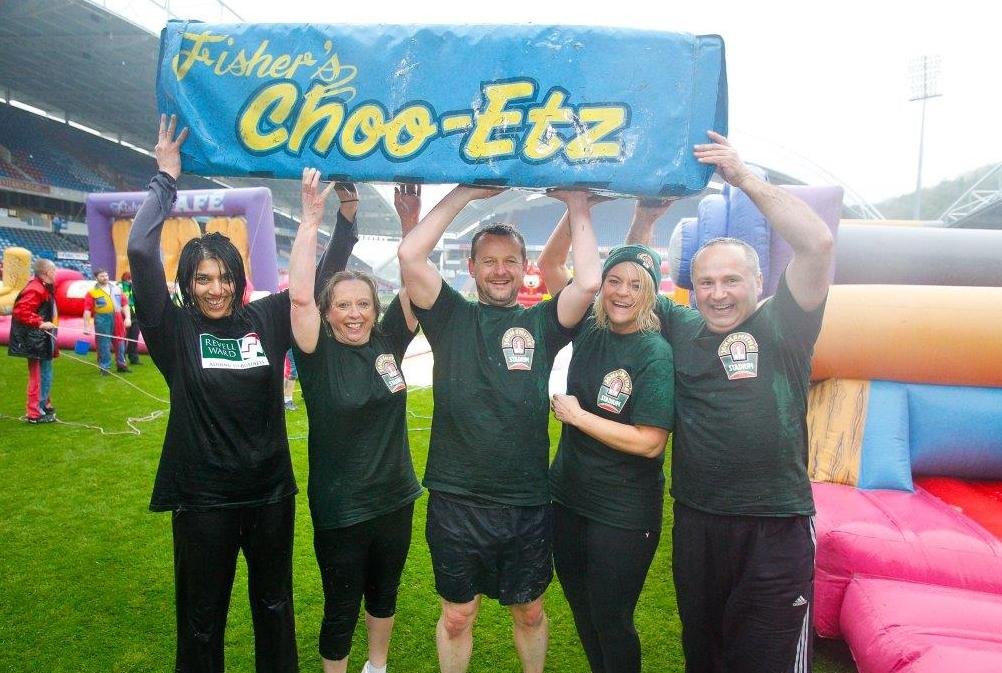