Thursday 2nd November saw a great success as The Examiner Business Awards was hosted here at The John Smith’s Stadium.

The annual event was hosted by BBC Look Norths’ Harry Gration. This event celebrated the best of the local businesses and recognising their achievements.

In total 11 awards were presented on the night. Gareth Davies, Managing Director of KSDL presented the ‘SME of the Year Award’. This award was presented to Red Kite Games Limited.

A fantastic night. Well done to all the winners! 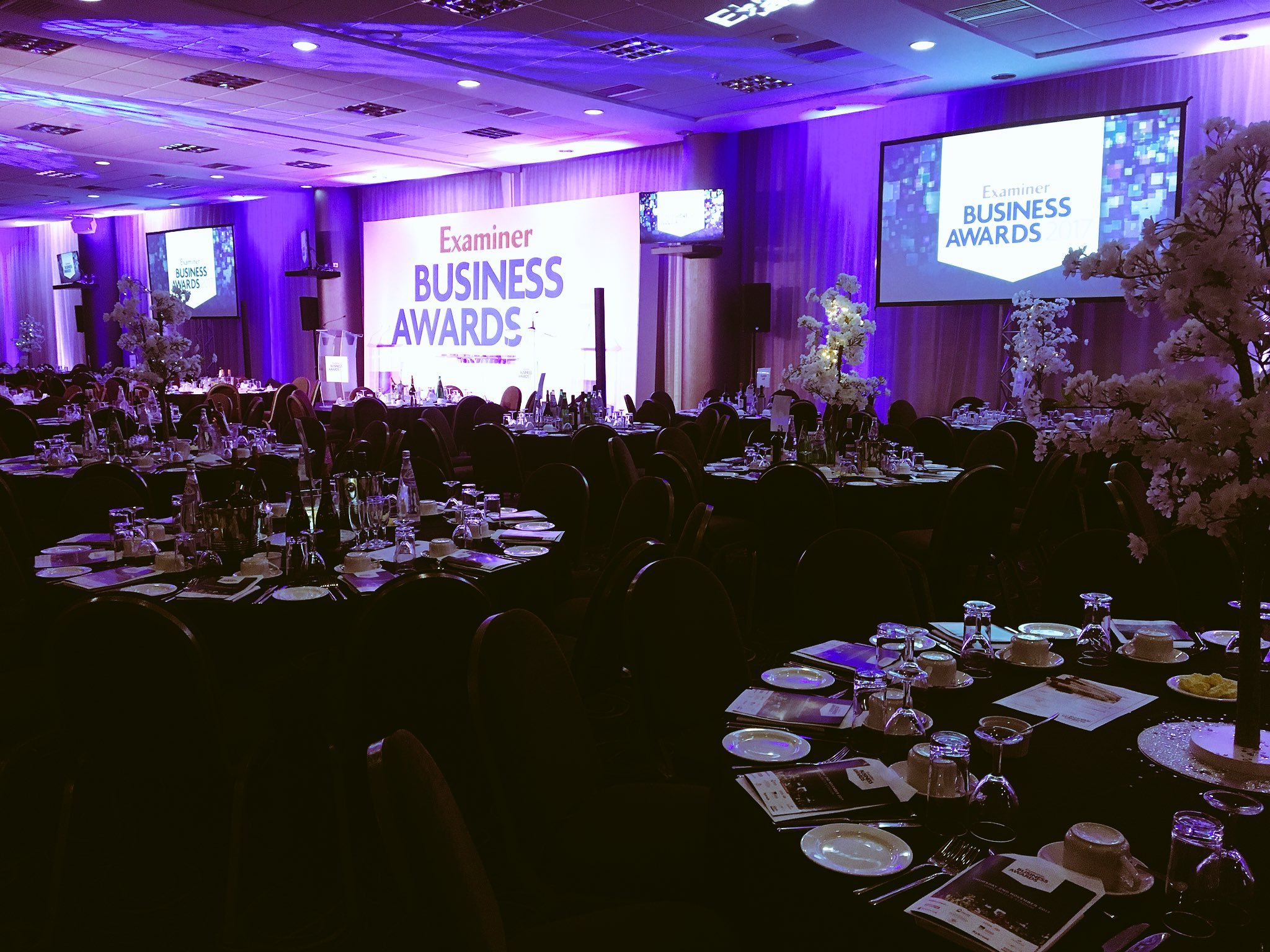