On Saturday 6th October, comedian Crissy Rock, widely known for her role in ITV’s Benidorm will be appearing at The John Smith’s Stadium for a night of comedy, including live performances from Three Men and a Base and magician John Danbury.

Tickets are £34.95, which includes arrival drink, delicious 3 course meal and a packed night of live entertainment.  Doors open from 7:00pm.

Gareth Davies, Managing Director of KSDL said: “We are delighted to be welcoming Crissy Rock to The John Smith’s Stadium.  The Comedy Night looks set to be packed with great entertainment. As one of Yorkshire’s premier conference and banqueting venues, our aim is to deliver a variety of events which will appeal to people of all ages and interests. The Comedy Night is just one of many exciting events to be held at the Stadium over the next few months.” 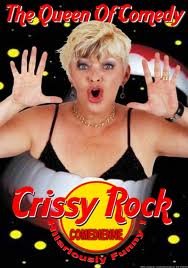