It’s hard to believe the John Smith’s Stadium in Huddersfield is celebrating its twentieth birthday this month. The past two decades have seen the Stadium flourish from a visionary idea to one of the major leisure destinations in the North of England, playing host to a wealth of events from concerts to charity events. Not to mention the extensive range of sporting events that have taken place including the Rugby World Cup 2013. Even with such an extensive history, the Stadium continues to excite and surprise fans and guests, and forms an integral part of the Huddersfield community.

Built in 1994, the 24,500-seater McAlpine Stadium became the new home of Huddersfield Town and Huddersfield Giants. It came as a result of a unique partnership between Kirklees Metropolitan Council, Huddersfield Town FC and Huddersfield Rugby League Club, which formed in 1991 with the aim of creating a versatile sports, entertainment and hospitality facility. Success followed shortly after completion of the complex in more than one way; Huddersfield Town went on to promotion that year and the Stadium was awarded the prestigious RIBA Building of the Year Award in 1995. Since then, the Stadium has gone through five separate phases of development and is now sponsored by the brewing company Heineken, as The John Smith’s Stadium.

As one of the major leisure destinations in the North, the Stadium now attracts 1.5 million visitors per year. The site boasts an impressive range of facilities, including a gym and pool complex, a 9 screen Odeon cinema, restaurant, coffee shop and bar and a golf driving range. The Stadium enjoys a very significant conference and banqueting business, with the Fantastic Media Stand hosting a purpose-built business and conference centre. Testament to the status of the Stadium as one of the country’s leading outdoor venues is its history of hosting concerts by such celebrated artists as Bryan Adams, Bon Jovi and REM.

Sir John Harman, Chairman of KSDL commented: “Moving away from Leeds Road was a big risk, and it paid off with a modern facility which has permitted the clubs to meet ever-increasing ground standards while being able to concentrate on their playing and commercial priorities. It wasn’t just a new Stadium, it wasn’t just the first of a new wave; it was a new way of working together and it has proved its worth over the last two decades.”

Gareth Davies, Managing Director of KDSL, said: “It was certainly a visionary decision to build the Stadium 20 years ago. However, it is much more than just a Stadium, it is a community Stadium.

The Stadium continues to move forward, with plans to further develop the site under the HD One scheme. The past twenty years have been very productive, and the future promises to be just as exciting”. 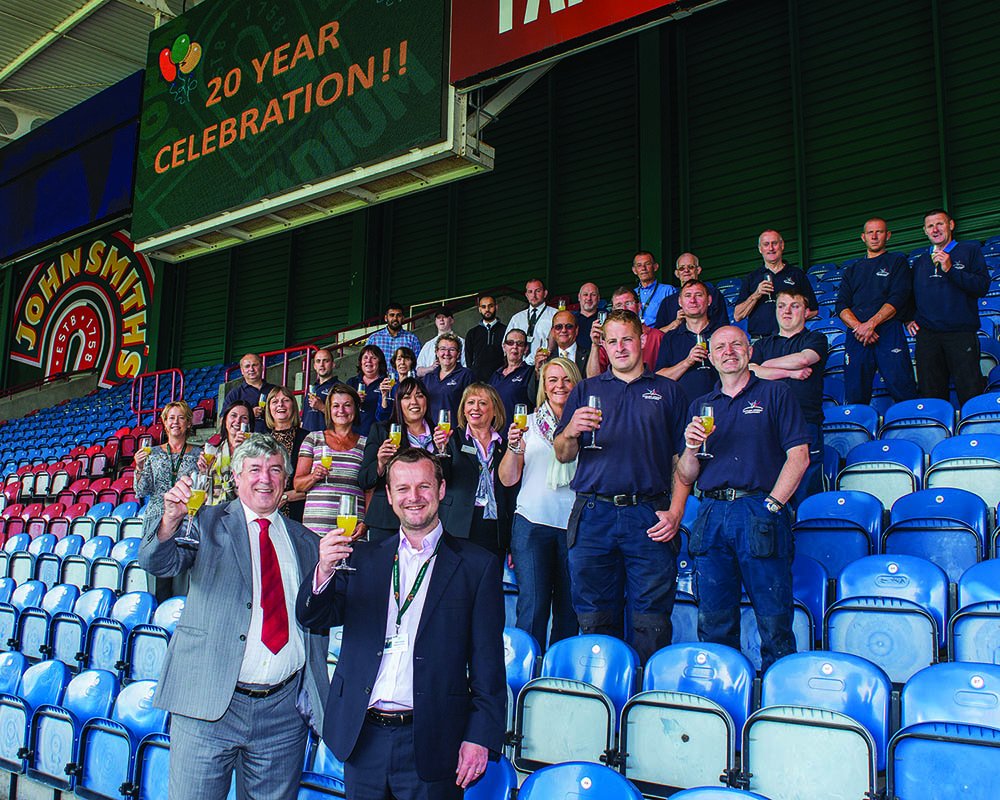