Over a thousand charity fundraisers came together at The John Smith’s Stadium on the 20th June 2015 to take part in the annual Midnight Memory Walk. With all walkers dressed in matching neon green t-shirts and plenty sporting flashing bunny ears, glow sticks and whistles, there was a real buzz in the air as the ten mile walk began.

The walkers supported each other and kept up good spirits as they proceeded through the streets of Huddersfield, with visions of bacon butties at the finish line. The night was certainly one to remember and we were very proud to be part of an event that raises money for such a worthy cause. 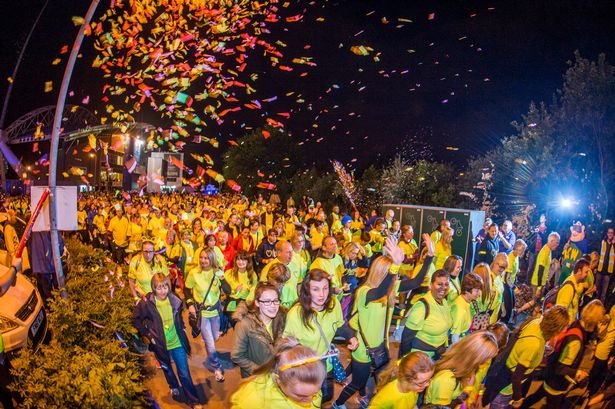